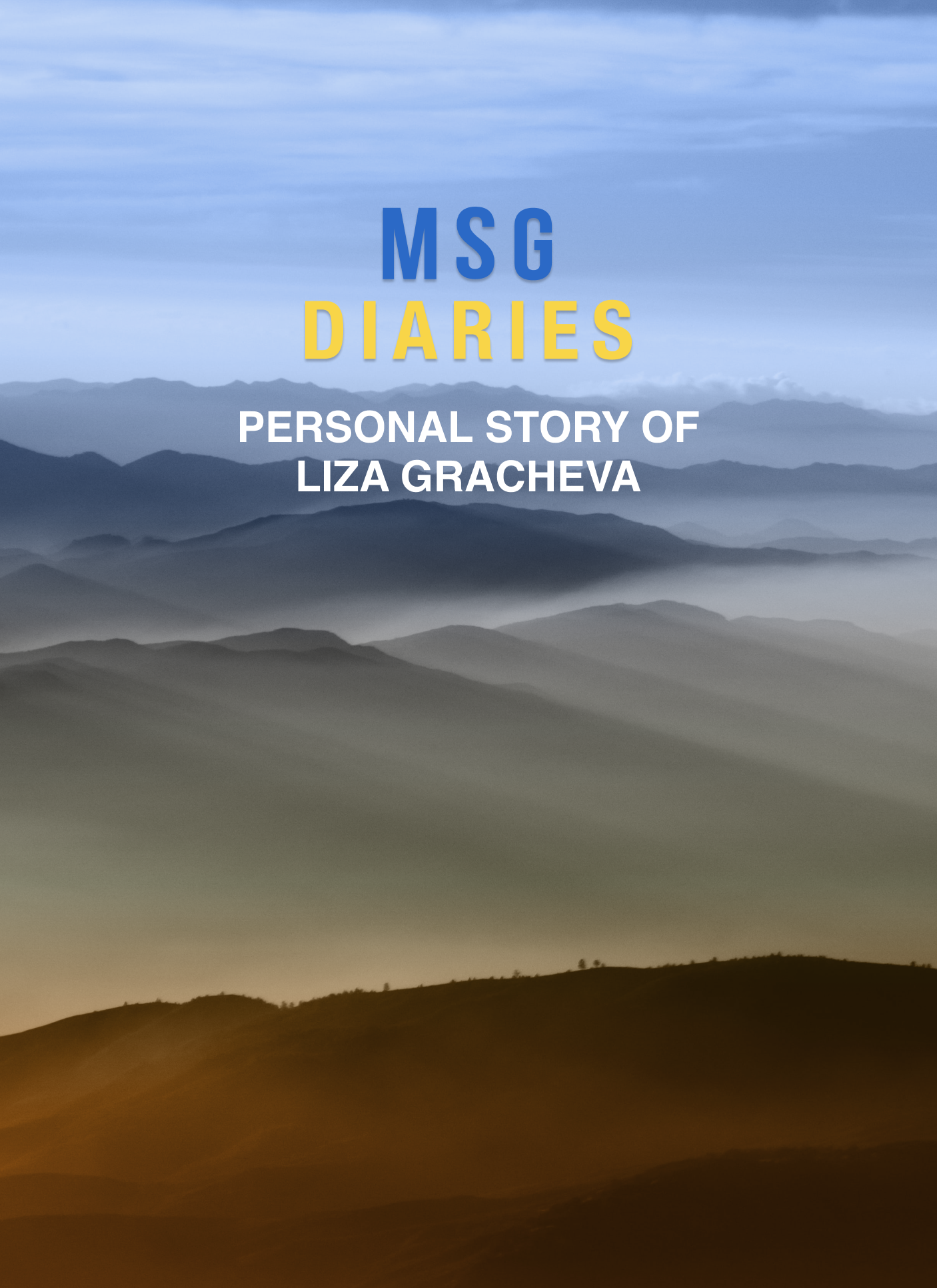 My fear of war began in 2014 when I lived in the Donetsk region and saw shelled cities, soldiers, and tanks near my house every day. A year later, I arrived in Kyiv, and my new student life and study began. My relatives remained in the Donbas. On February 24, 2022, at 5:50 am, my mother called me and told me to quickly collect the most necessary documents and things in a backpack. The war has begun. I rarely cry, but it was at that moment that I became so scared that I was far from my relatives, and I could not restrain myself.

I live with my friends in the same apartment, and first of all, we went down to the shelter, brought water, food, and warm clothes. We spent the first night there, sleeping on the floor near the pipes so that it would be warmer. Many of our neighbors, for some reason, stayed at home the first night. For me, it was inexplicable. At 4 am, the air raid began and everyone went downstairs. All night and morning I was looking for options on how to leave Kyiv because I could not imagine my life in the basement. On the second day in the morning, at our peril and risk, we decided to flee from Kyiv. The public transport was no longer in service on that day. And I took my passport and laptop with me, some money and a bottle of water and went on foot to Kyiv's main railway station. On the way to the railway station, an air alarm began and my friend and I hid in the nearest school where we spent 1 hour. When we got to the railway station, we saw a huge number of people who were waiting for the next train to Lviv. When the train arrived, everyone started pushing each other, the police were shooting up in the sky to calm the crowd, children were crying, men were leaving their families. It was scary.

We were going to Lviv by train for 20 hours. There were 15 people in the train compartment: dogs / babies / teenagers / elderly people. It was so stuffy and hot that I had to lie on the floor in the aisle between the train compartments to cool down a bit. People were also lying in the vestibule. When we got to Lviv, after waiting another 4 hours on the street, we tried to transfer to the train to the Polish border, but there was not enough space or seats for us. Many people shouted at each other. Someone mistakenly took one child onto the railway carriage. A man, probably his father, rushed onto the railway carriage to stop it. We miraculously got on the train, which was supposed to be on the border with Poland in 1.3 hours, but it took 18 hours. Most of the time we stood in the middle of the field and no one said anything. We thought the train had broken down. Our place was on the floor in the vestibule near the doors. My friend and I shifted to each other: one was sitting and resting, the other girl was standing at that time and vice versa. Without a friend alongside, it would be unbearable - we shared food, water, and support. During this time, I met a dozen people, and we learned the fate each other. 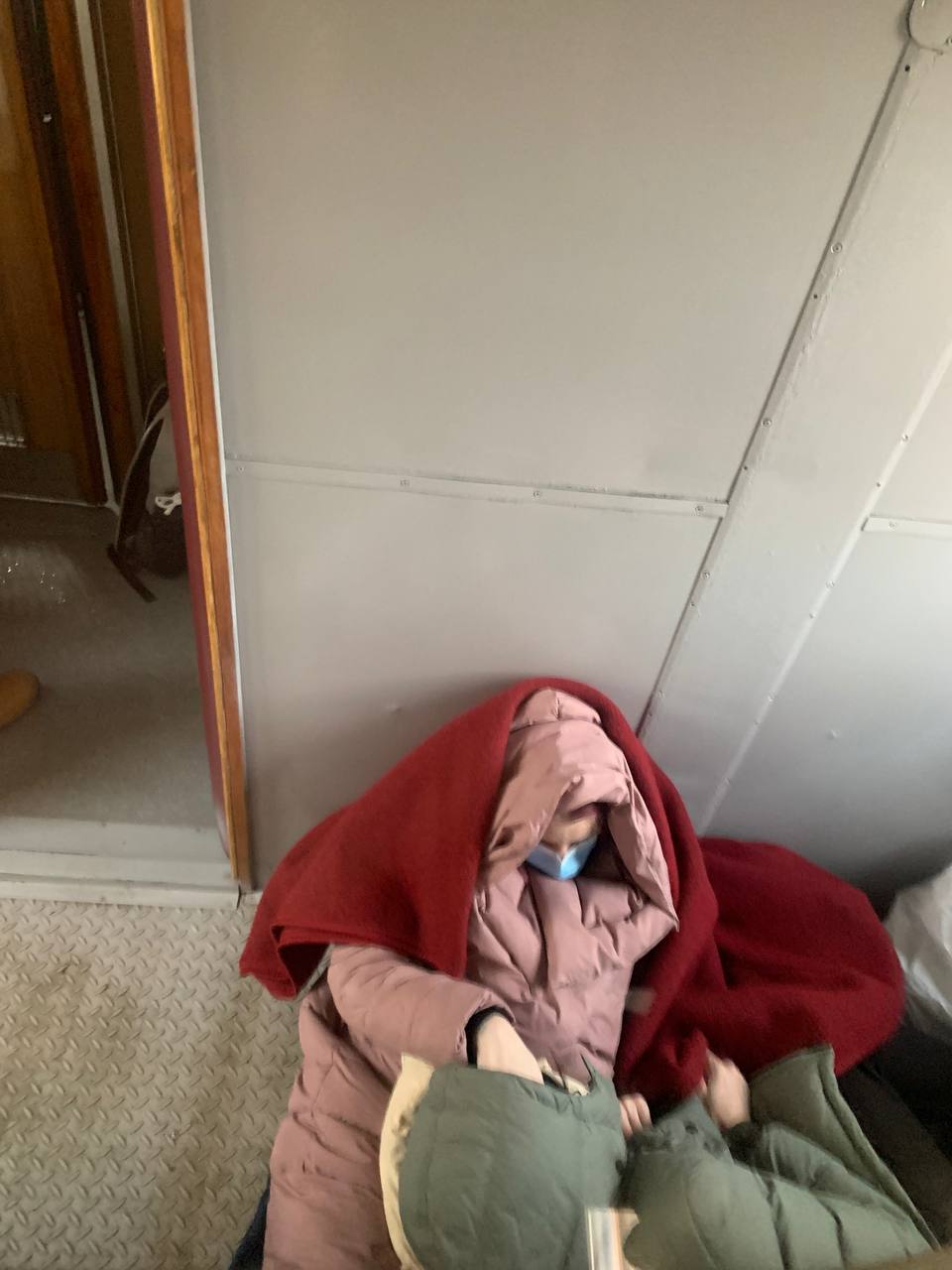 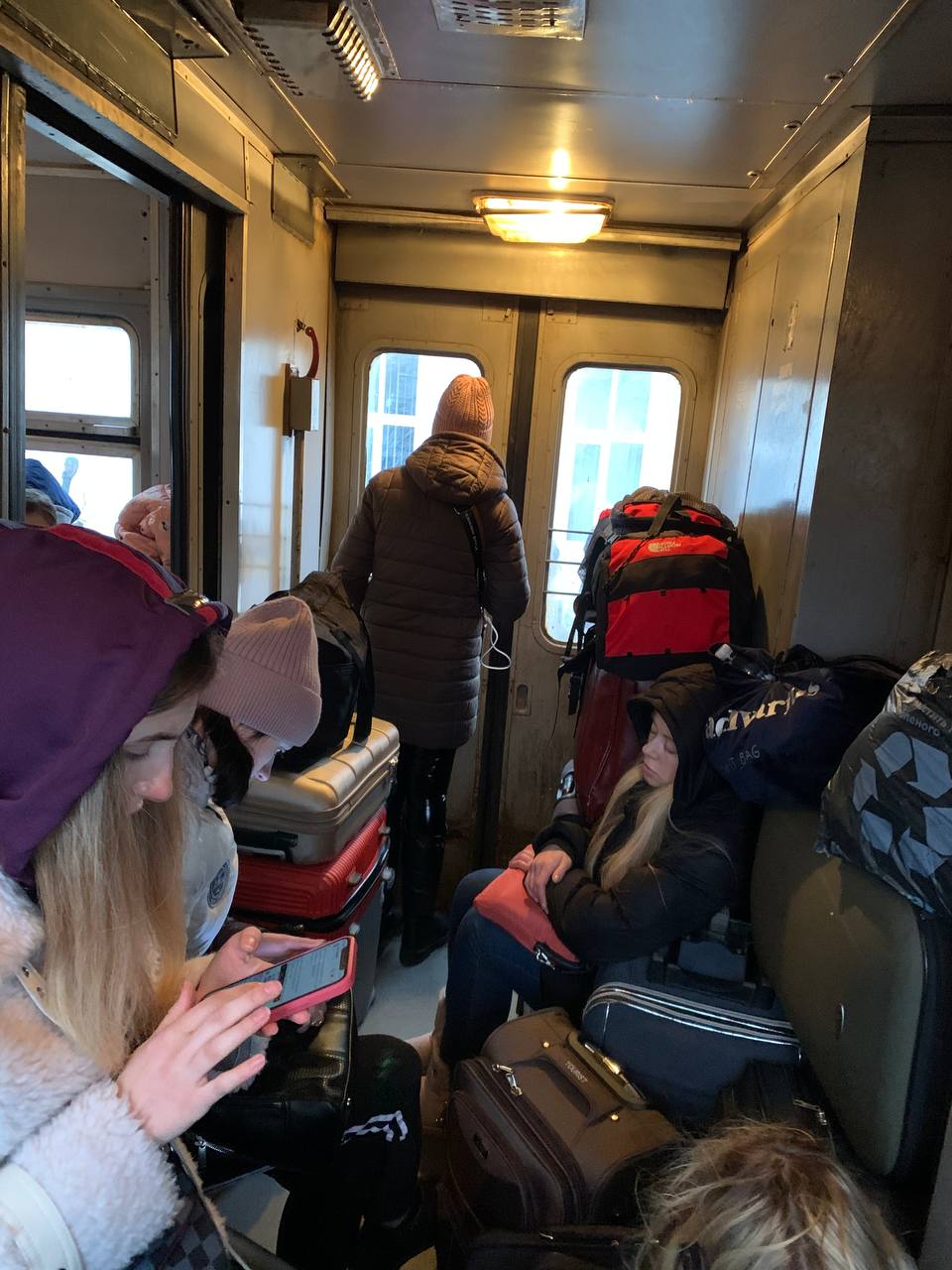 At the Polish border all this time a guy was waiting for us, he came to the border to pick us up and stood for 20 hours to wait for us. I didn’t know him, he was a volunteer and a friend of our acquaintances. There were about 200 ordinary people at the Polish border who, with signs “I will pick up 4 people / an apartment for free / I will take people to any city”, met people they did not know. We finally arrived, and volunteers met us, gave us water/food/toys for children. It was so nice that I started crying again from the kindness of people. Our journey did not end, we drove for another 5 hours to Warsaw. We stopped at our Belarusian friends who left their country from the current regime there. Volunteers in the help centers gave us clothes for the first time, medicines, and local SIM cards. Later, I managed to persuade my family to leave the Donetsk region for the Czech Republic. Now they are safe and it makes me feel better. They overcame 4 days of travel, crossing the border on foot. It was even more difficult emotionally, because my grandmother remained in my hometown, and could not withstand this path.

I want to thank everyone who supported me on my way and still does, as well as everyone who stands with Ukraine. I love my country and I hope we will achieve Peace soon.

Support our brand and our not for profit initiative “MSGsupports”